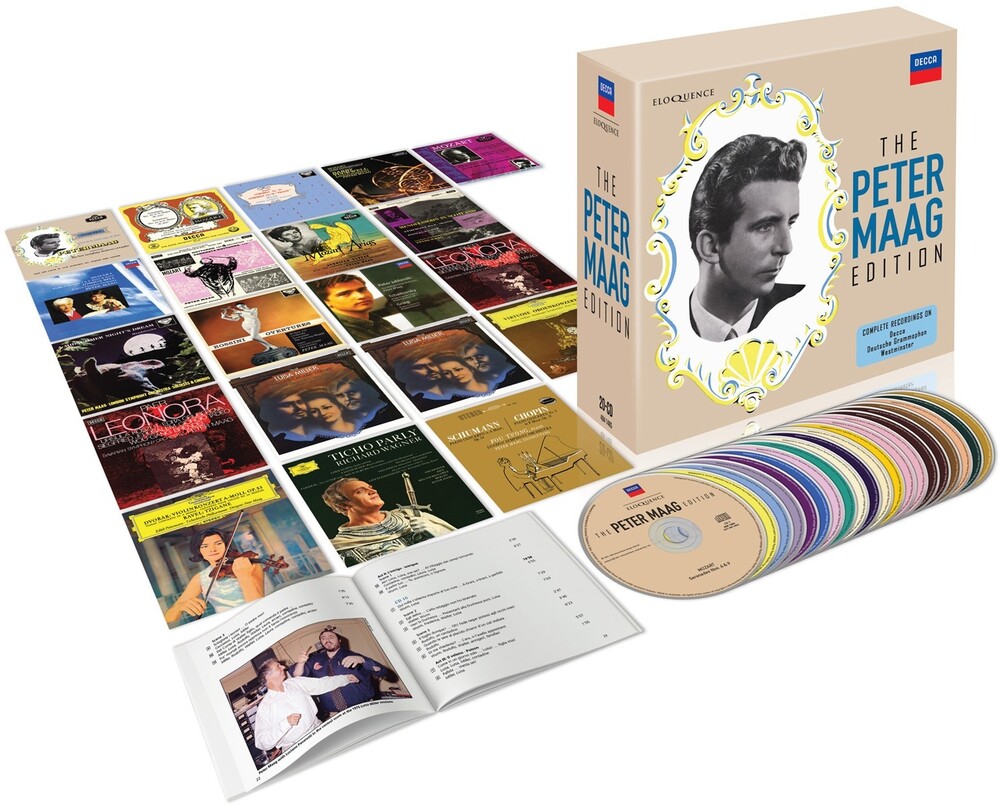 Newly compiled for the first time, the Decca career of a pre-eminent Mozart conductor, complemented by his recordings for Deutsche Grammophon and Westminster. Peter Maag began his career as a pianist, but turned to conducting with the encouragement of Wilhelm Furtw√§ngler. He made his first Decca recording having lately turned 30, with the Suisse Romande Orchestra whose founder-director, Ernest Ansermet, also gave his fellow Swiss conductor much early encouragement. Critics recognized Maag as a natural Mozartian, and his first seven Decca recordings were exclusively dedicated to the composer's serenades, symphonies and arias (accompanying Jennifer Vyvyan and Fernando Corena). In the late 1950s, Maag embarked on a fruitful relationship with the LSO, which yielded more Mozart and then classic accounts of Mendelssohn - the Scottish Symphony and music for A Midsummer Night's Dream - for which the conductor's lightness of touch and firm rhythmic hand were ideally suited. These qualities also found him at home in ballet - there are beautifully sprung accounts here of Les Sylphides and La Source - and the Italian operatic repertoire. As well as a long-prized disc of Rossini overtures, this box gathers up Maag's pioneering recording of a forerunner to Fidelio, Paer's Leonora, and Verdi's Schiller-rarity, Luisa Miller, with a cast led by Luciano Pavarotti (who had already worked on the piece with the conductor for Italian radio). Maag brought the best out of both vocal and instrumental soloists, and many of his records find him in the role of accompanist, to Julius Katchen near the start of his career and Barry Tuckwell for his first Decca recording, with the late Fou Ts'ong in 1962, and to Peter Jablonski and Joshua Bell near the end. In between he made a trio of less-familar albums for Deutsche Grammophon, a suave foil to Heinz Holliger in Baroque oboe concertos, to Edith Peinemann in Dvor√°k's Violin Concerto and Ravel's Tzigane, and to the Danish Heldentenor Ticho Parly for a Wagner recital. Jablonski and Tuckwell contribute personal reminiscences of working with Maag for the booklet notes.