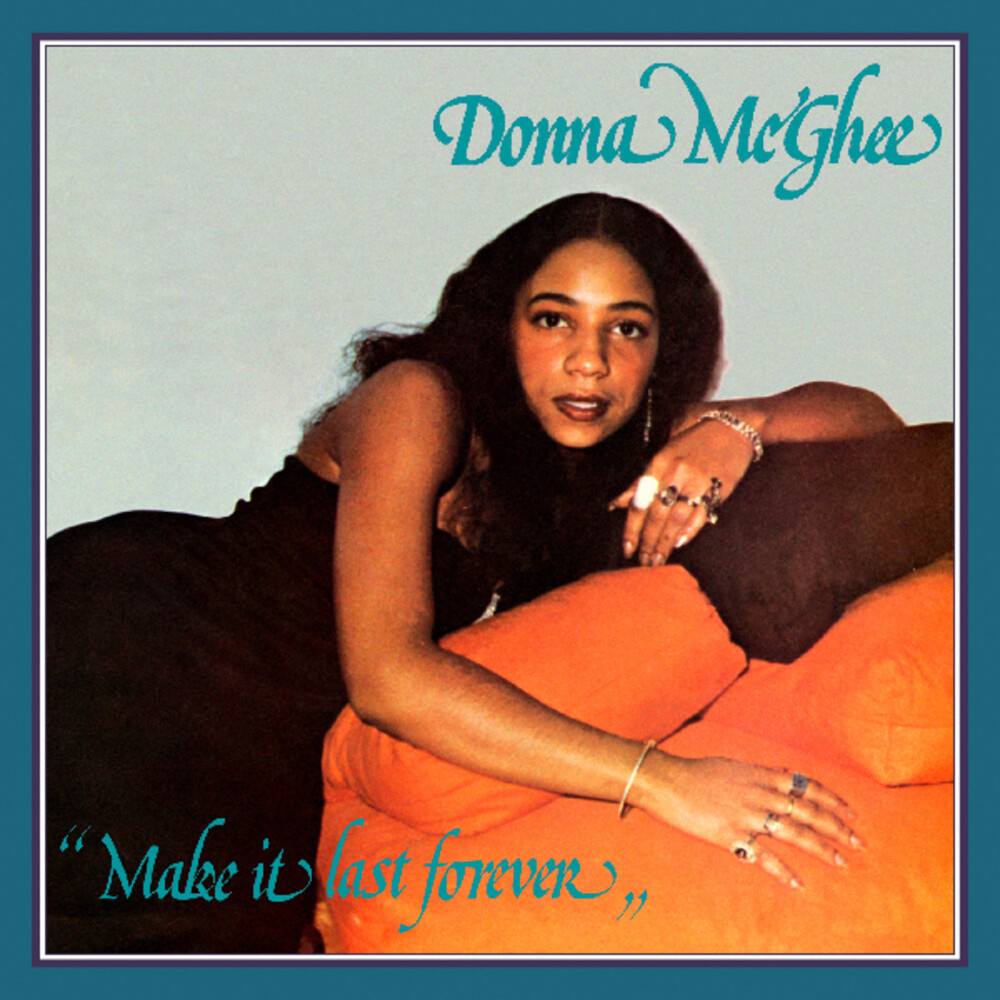 LP version. Wewantsounds present a reissue of Donna McGhee's Make It Last Forever, originally released in 1978. Donna McGhee has been one of the key female singers of the New York disco scene, gracing several cult albums with her superb singing. The Brooklyn native began her career singing gospel in her grandmother's choir from an early age. Her first break in the industry came when she was spotted by bass player Johnny Flippin, who invited her to join his band. The group was none other than The Fatback Band led by drummer Bill Curtis. This was 1975 and the album was Raising Hell. McGhee's vocals can be heard throughout the album, including the dancefloor classic "(Are You Ready) Do The Bus Stop". She stayed with the group for another few years recording Night Fever in 1976 and touring across country. Following an encounter with producer Greg Carmichael, Donna McGhee jumped ship and started working with the prolific producer and his partner Patrick Adams. A string of collaborations followed with singles and albums: Donna can indeed be heard singing with Bumblebee Unlimited, Universal Robot Band, and on Phreek's classic self-titled album from 1978, singing on the track "May My Love Be With You". In 1978, After Greg Carmichael set up his own label, Red Greg Records, he and Adams decided to get McGhee in the recording studio and produce her first solo album. With the pair playing most of the instruments, they got five tracks out of the session. The result, Make It Last Forever is an all-time Adams/Carmichael classic: funky disco arrangements with a touch of synths over a pulsating groove magnified by McGhee's superb sexy singing. All five tracks have become classics in their own right. "I'm A Love Bug" was a remake of Bumblebee Unlimited's cult favourite from 1976, "Love Bug" (also released on Carmichael's Red Greg label) while "Make It Last Forever" was later re-recorded by Inner Life (featuring Jocelyn Brown). "Do As I Do" and "Mr. Blindman" keep the groove going and finally, we have "It Ain't No Big Thing". The remake of a 1976 single by Personal Touch, produced by Adams for his PAP label and arranged by Leroy Burgess, it is one of the highlights of the album and is a superb catchy composition which has now become a true underground disco standard. An essential disco album. Newly remastered audio.