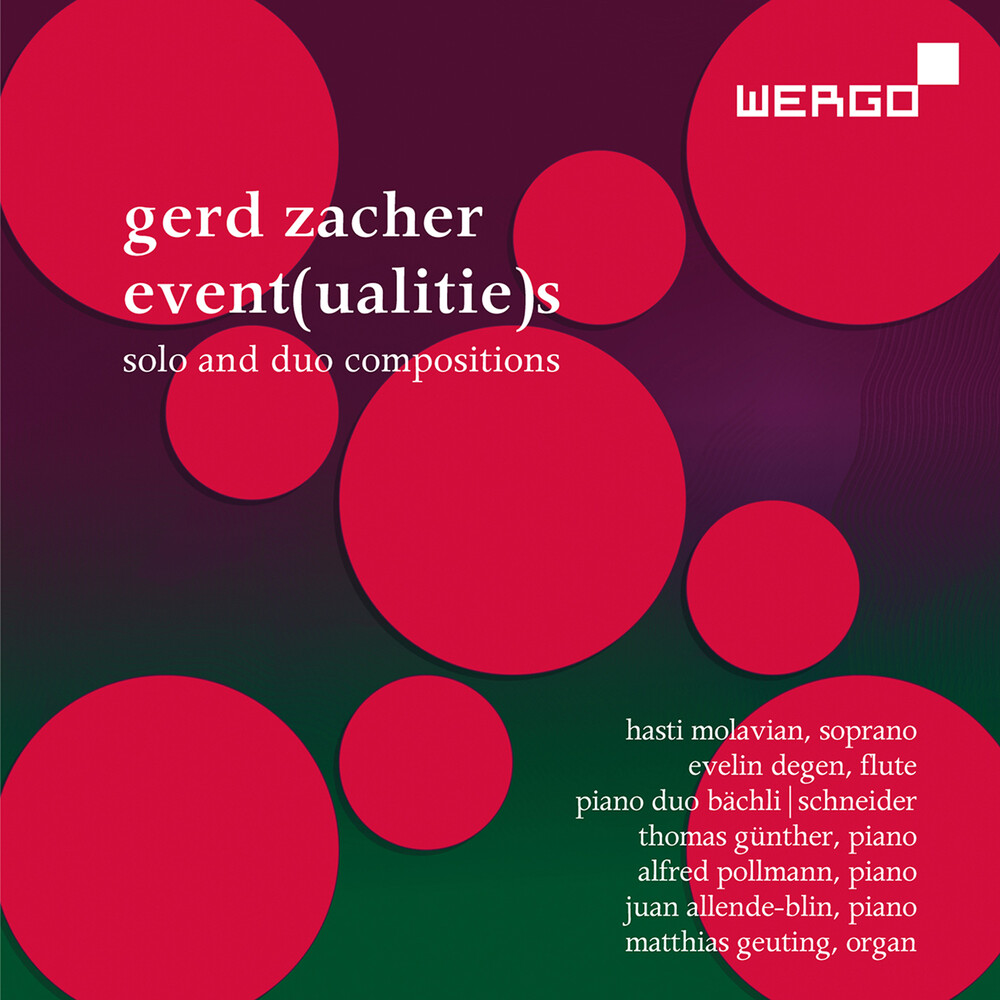 It is less well known that Gerd Zacher was also an excellent composer, since he long withheld his compositions from the public. His cycle for organ, "Die Kunst der Fuge", was released in 1990 (WER 61842), but most of his works remain to be discovered, and WERGO is now proud to present posthumously a second portrait album: "Event (ualitie)s". The music is fascinating and full of surprises. These are the first recordings of all the works on the album, most of which were prepared in consultation with either Zacher himself or his longtime companion, composer Juan Allende-Blin. A central artistic question for Zacher was always the relationship between composition and improvisation, notation and interpretation. The solo and duo works on this double album were composed over a span of more than fifty years. They are for the most part precisely notated, but there are also passages that leave broad discretion to the performer, as in "75 Event (ualitie)s", dedicated to John Cage. The duo compositions in particular give a lively impression of Zacher's ability to create a musical dialogue between spontaneity and consideration.