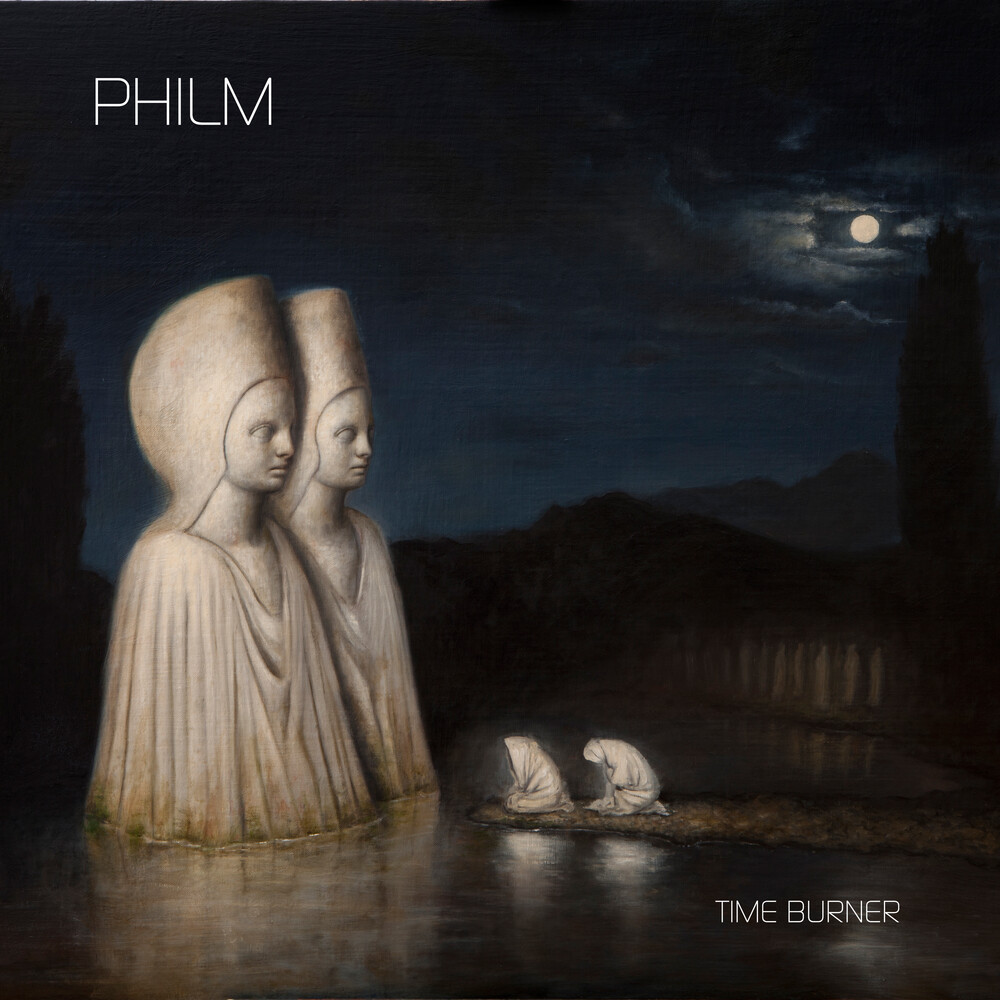 After two critically acclaimed studio albums, 2012's "Harmonic" and it's follow-up "Fire From the Evening Sun" (2014), Los Angeles experimental rockers Philm return with their third album on Feb. 19, 2021. "Time Burner" is the band's most musically daring and mature release to date. After the departure of drummer Dave Lombardo, it was nevertheless clear for singer/guitarist/pianist Gerry Nestler and bassist Pancho Tomaselli to continue. In Lombardo's place, Nestler and Tomaselli teamed up with Venezuelan-born, Grammy Award-winning drummer Anderson Quintero for the "Time Burner" sessions. Before, there were always certain restrictions, stylistic limits. With the work on "Time Burner" one could for the first time freely develop in all directions. It was the kind of "anything goes" approach that made for a more dynamic result. Recorded and mixed in Los Angeles and New York in collaboration with Chris Sorem and Nikhil Kamineni, "Time Burner" offers an extravagant musical variety. Black Sabbath-like heaviness ('Steamroller') meets Syd Barrett / Pink Floyd psychedelic ('Spanish Flowers'), bluesy stoner vibes ('1942') and swashbuckling funk ('Wonka Vision'), combined with a hefty helping of hardcore. The kind of musical depth reveals what the earlier albums had only hinted at.