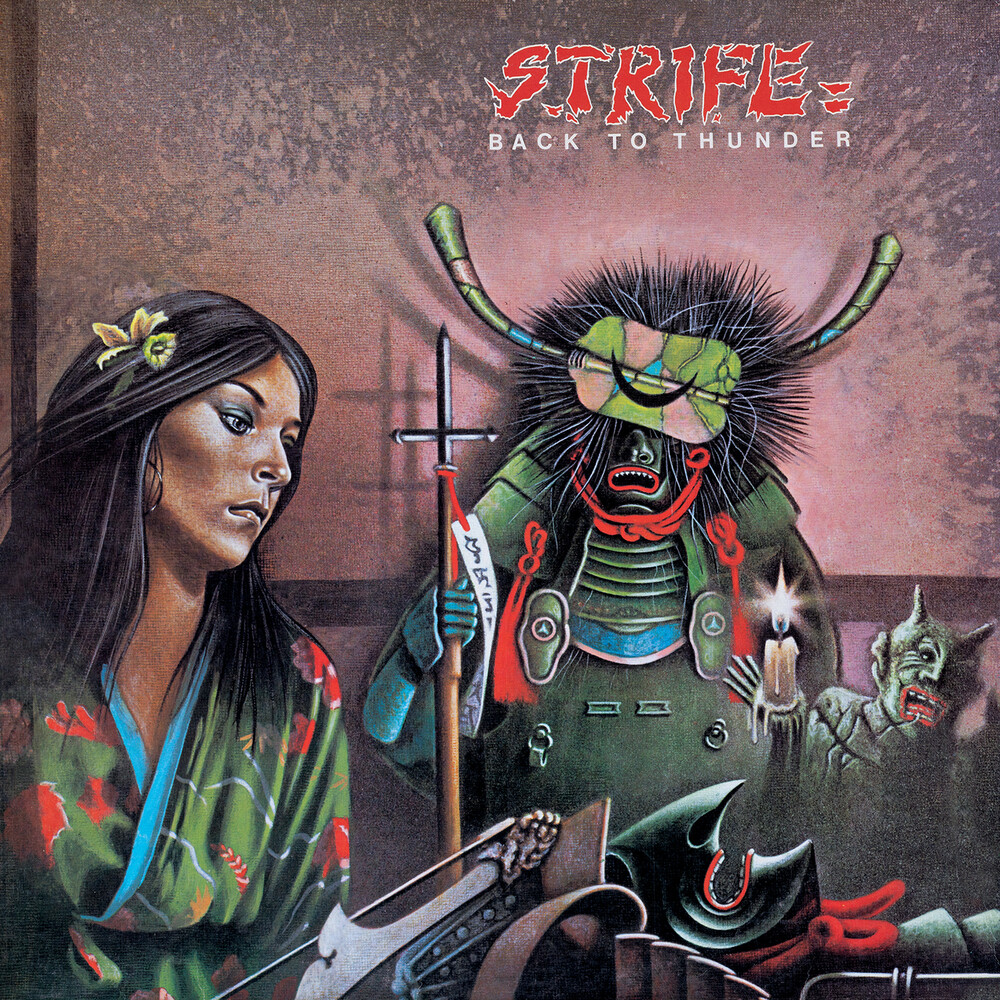 Special Deluxe Collector's Edition / Fully Remastered Audio / Legendary Merseyside trio strike back with thunderous second album / Four bonus tracks / 16 page full color booklet - 4,000 word essay, new interview, enhanced artwork, and rarely seen photos - LIVERPOOL BASED THREE piece Strife emerged during the mid-seventies amassing a strong live following on the club circuit and releasing an impressive debut album 'Rush' on the Chrysalis label. It was a work of intriguing possibilities, embracing both progressive and harder rock. Their songs were long and convoluted yet also signaled a penchant for melody and purpose that elevated them above the run of the mill units operating at the same time. Sadly, their label failed to recognize the potential and allowed the band to slip between the cracks, and ultimately, due to a contractual production dispute, the band was left in limbo. Despite facing almost overwhelming odds, the band managed to eventually pick themselves up and negotiated a new record deal with the Gull label, the same outfit that signed Judas Priest and released their first two albums. The resulting strife album, 'Back To Thunder', was as impressive as their debut, but less flamboyant and more focused. Indeed, if it wasn't for the fact that they were just ahead of the rejuvenated interest in British hard rock (the NWOBHM) they could well have been sitting comfortably as one of the key acts operating on the scene. Housing eight tracks, the album boasts a number of standout compositions, including 'Feel So Good', 'Shockproof, 'Sky' and the intriguingly titled 'Fuel Injected Overlap'. All solid, punchy hard rock tracks that saw the band embrace a new stylistic approach whilst keeping their progressive rock influences proudly on display. Housed in one of the era's most attractive album sleeves, the record also boasts the appearance of keyboard wizard Don Airey, who was at the time a member of progressive giants Collosseum II.