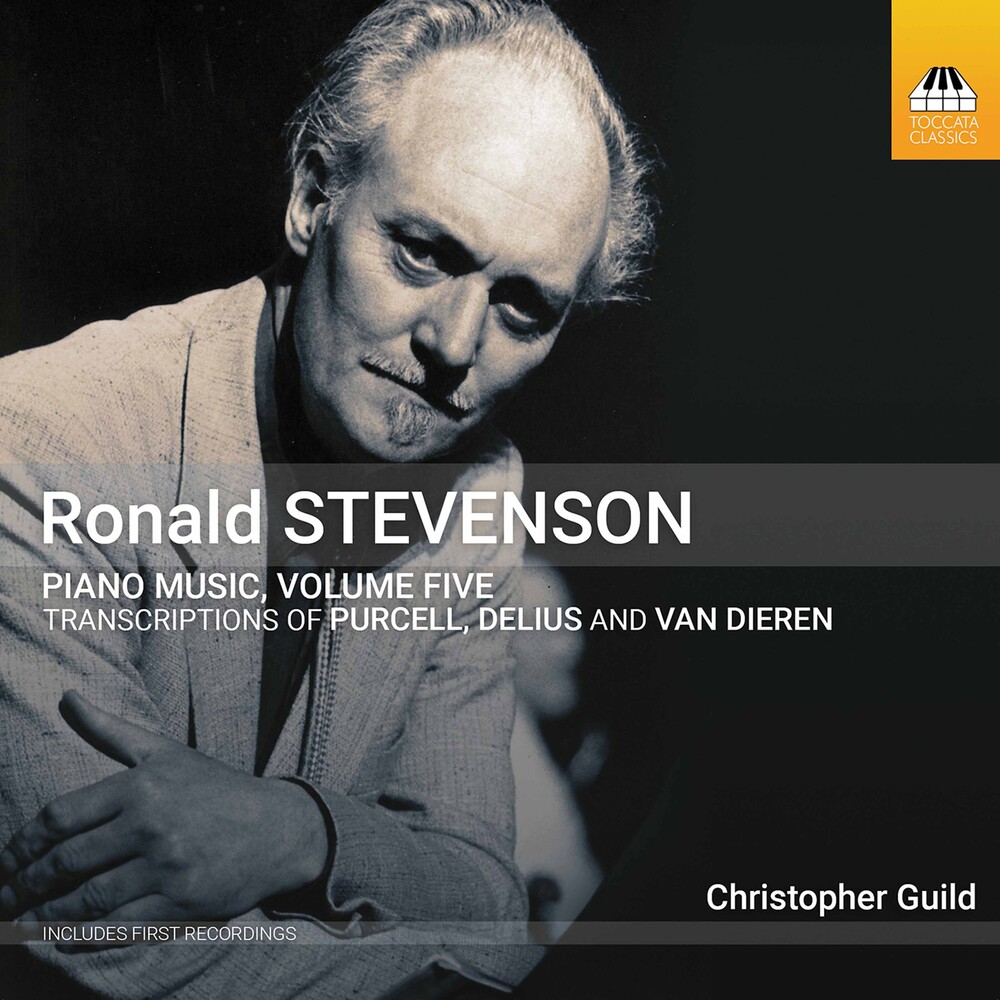 The personal generosity that made the Scottish composer Ronald Stevenson (1928-2015) such a warm and vibrant character extended also to his writing-desk: around a quarter of his enormous output is given over to transcriptions, mostly for piano, of music by other composers. Here he pays homage to three earlier colleagues whose music he particularly esteemed: Purcell, Delius and van Dieren. Stevenson described his version of Van Dieren's String Quartet No. 5 (1931) as 'transcribed as a piano sonata (which B. v. D. never composed)' - and thus it became the piano sonata which Stevenson himself never composed. The album ends with Stevenson's brief but achingly beautiful harmonisation of Purcell's The Queen's Dolour - as exquisite an example of the transcriber's art as anyone could wish.