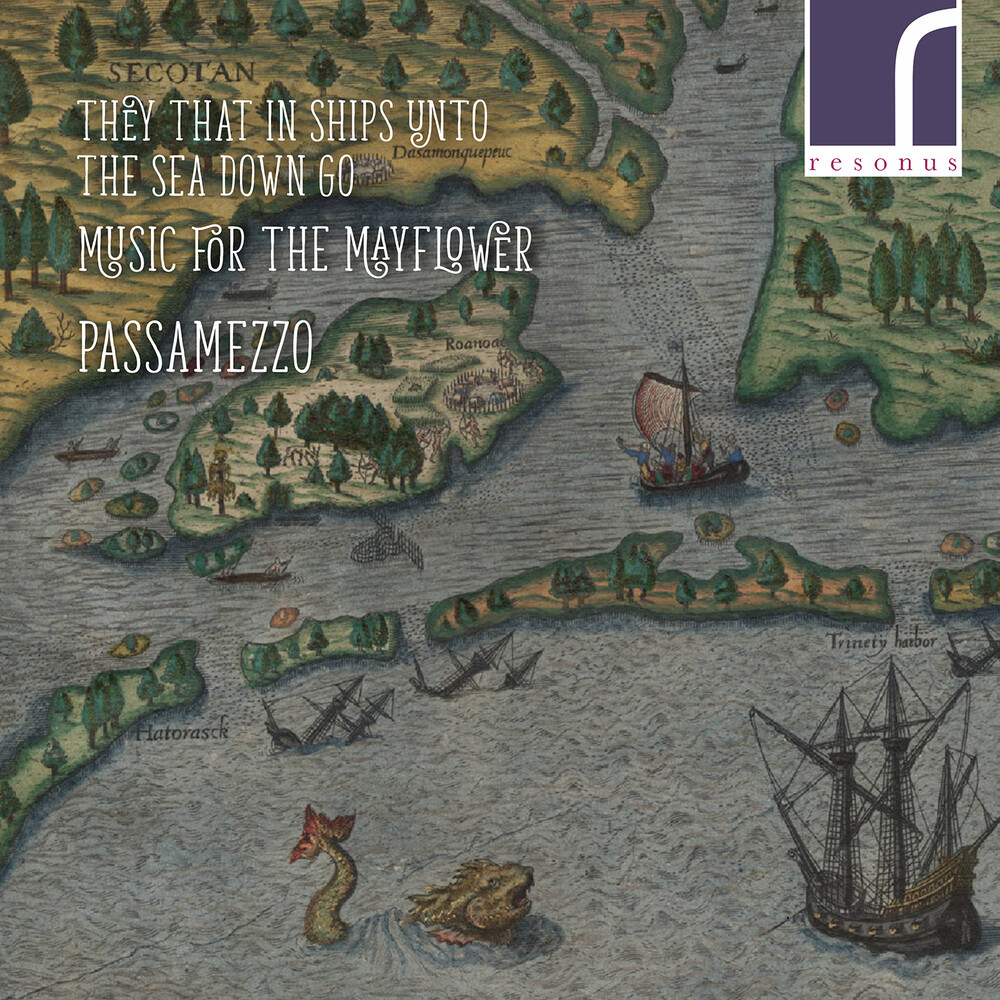 Early Music group Passamezzo make their Resonus Classics debut with a collection of music and song brought together to celebrate the 400th anniversary of the sailing of the Mayflower. The Mayflower left England in 1620, with passengers and crew all seeking a fresh start in the New World. Featuring works from the books that some of the passengers took with them, this album gives an insight into the range of music that might have been sung on board this famous ship from composers such as Richard Allison, John Dowland and Thomas Campion. Passamezzo was founded by Tamsin Lewis in 2001, initially to explore the Jacobean Masque. The ensemble specialize in English Elizabethan and Jacobean repertoire, the masque remaining an important part of their programming, and concerts have a distinct theatrical air created by costume, readings and presentation. The ensemble delights in all aspects of musical life, from the intimacy of the lute song, to the brash raucousness of the broadside ballad, from the sacred part song, to the profane insanity of bedlamite mad songs.