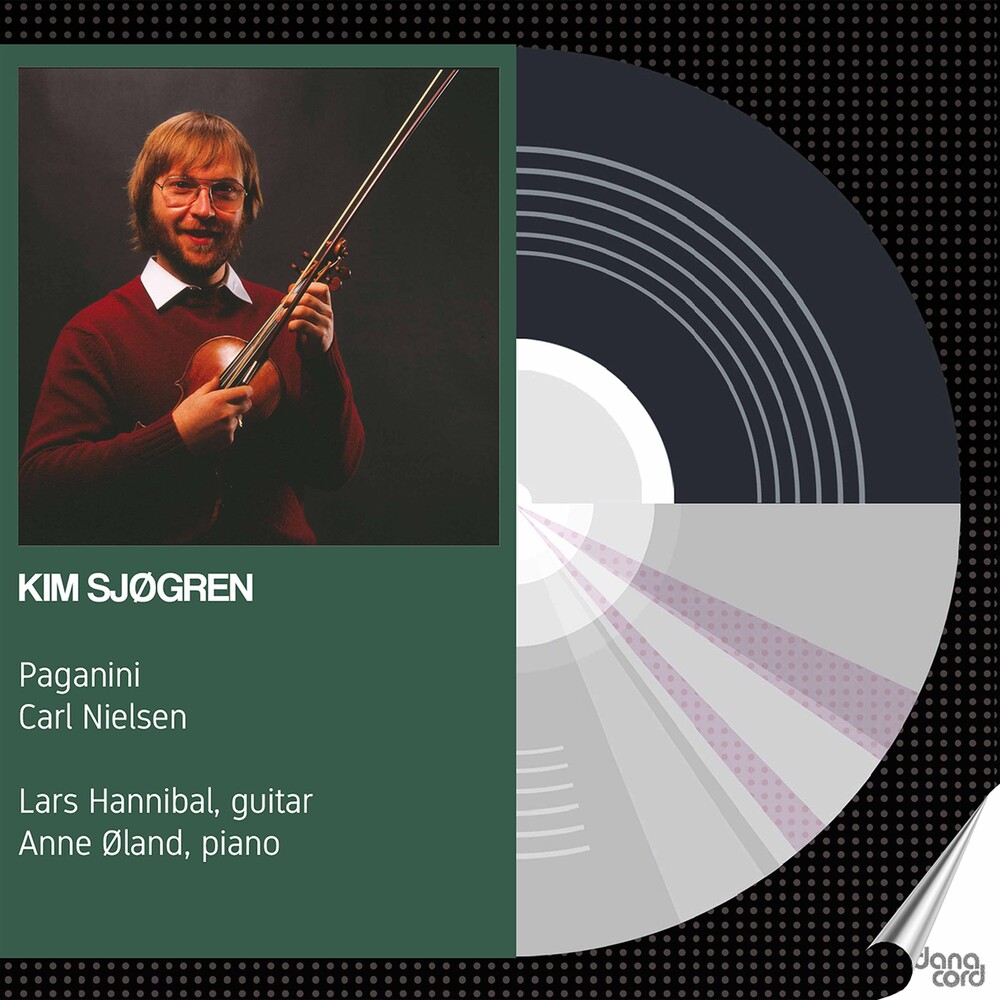 Kim Sjogren was the youngest ever concert master of The Royal Danish Orchestra with only 22 years of age. He recorded a few LP releases for Danacord before he moved to the major labels. These rare early LP's are here presented for the first time in new digital transfers. This is also the chance to listen to the young guitarist Lars Hannibal and the sadly now deceased pianist Anne Oland who was a specialist in the music of Carl Nielsen. A release to treasure and one for all lovers of music for the violin. Kim Sjogren was born on the 17th of December 1955, in Nakskov, Denmark. He has played violin since he was 3 years old. When he was only 12 years old, he was accepted by The Royal Academy of Music, Aarhus, Denmark, and his debut-appearance was at the prime age of 17. Three years later, he became a member of the Royal Danish Orchestra, where he consequently became concert master at the age of 22, the youngest ever in the history of the orchestra. He has composed music for film, TV and theater. In 1997, Kim Sjogren founded his own "The Little Mermaid Orchestra" and they subsequently became one of Denmark's most in-demand orchestras. In 2004, Kim Sjogren was appointed the position of Professor of violin and chamber music at The Royal Academy of Music, Aarhus, Denmark. Kim Sjogren performes frequently throughout most of the world as a classical soloist and as a stand-up entertainer.