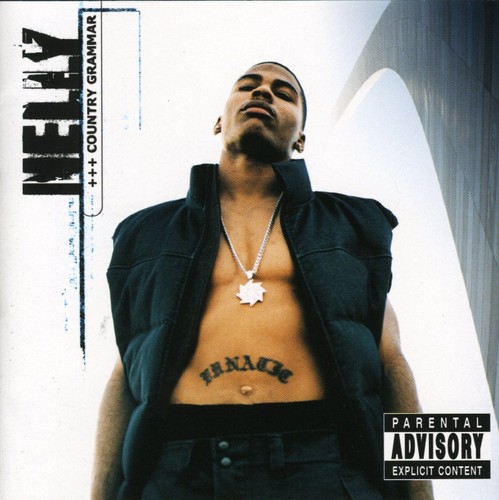 The solo debut from the St Louis rapper has aleady spawned a hit with "Country Grammar," the first single and video. Expect big things with tracks featuring Lil Wayne, the Hot Boys, on "For My" and "Never Let Em See You Sweat" with the Teamsters.

Country Grammar is the debut album by rap artist Nelly. It was released on June 27, 2000. The album was a mainstream success. It debuted at #3 on the Billboard 200 and went on to peak at #1. The album is Nelly's best-selling album to date, selling over 8.4 million copies in the United States. The first single released was the song "Country Grammar (Hot Shit)". This song represents St. Louis, Missouri where Nelly was raised (the first line of the song is "You can find me in St. Louis rollin on dubs"). Other singles from the album include "E.I.," "Ride wit Me," and "Batter Up." - Wikipedia