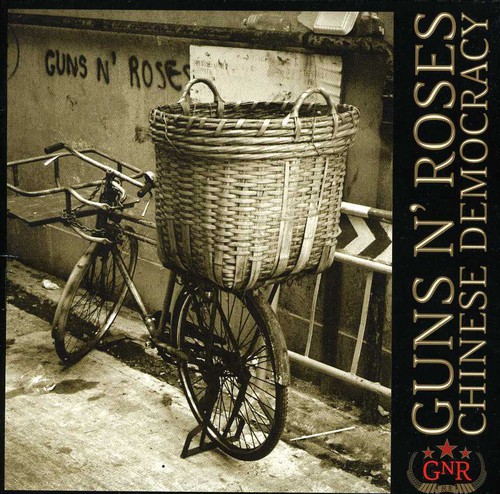 CHINESE DEMOCRACY (COVER A) once a B.B. Title now for all while they last.

''Chinese Democracy'' is the sixth studio album by American rock band Guns N' Roses, released in November 2008 on Geffen Records. It is the band's first studio album since ''"The Spaghetti Incident?"'' (1993), released exactly 15 years before ''Chinese Democracy'', and their first album of original studio material since the simultaneous release of ''Use Your Illusion I'' and ''II'' in September 1991. Despite debuting at number three on the ''Billboard'' 200 and being certified Platinum by the RIAA, ''Chinese Democracy'' received generally mixed to positive reviews from music critics and domestically undersold expectations. The album achieved international chart success and has sold over one million copies in Europe. To date, it has sold over five million copies worldwide. - Wikipedia