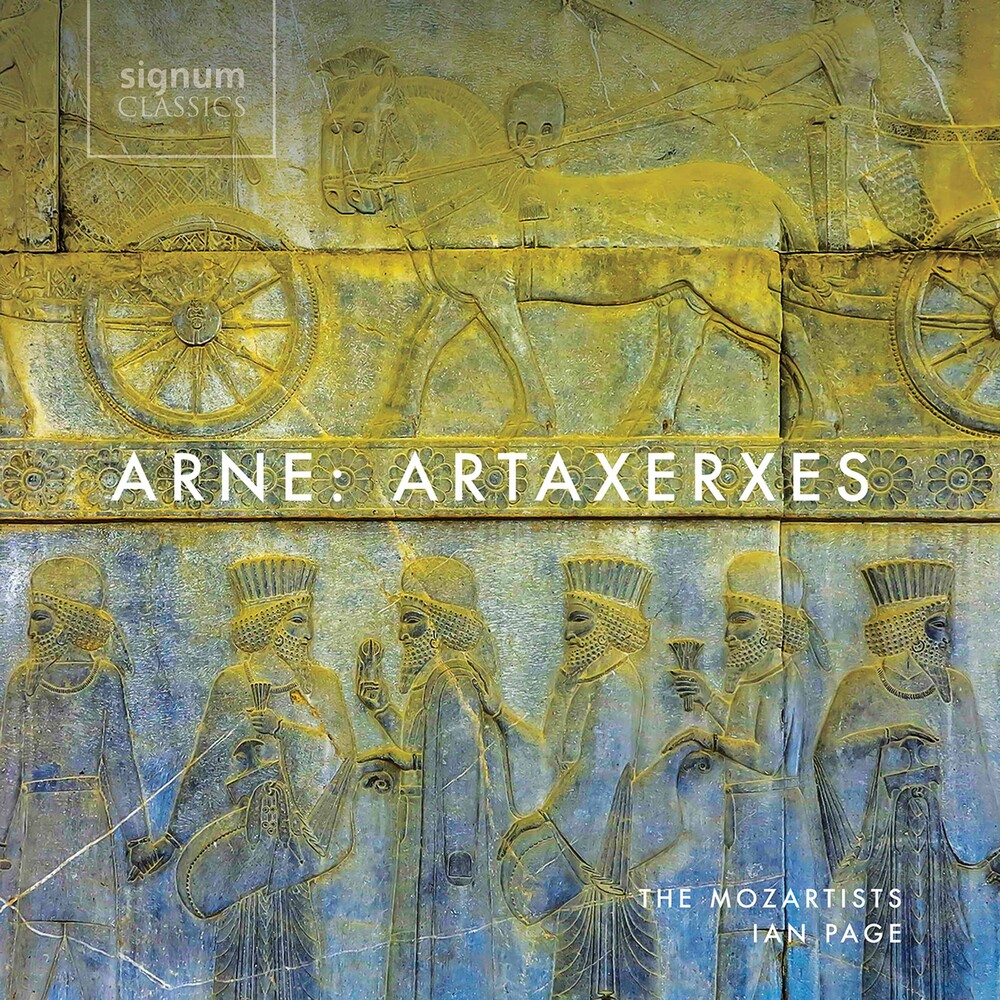 A composer inextricably linked with London's Covent Garden, Thomas Arne's greatest opera, Artaxerxes, was premiĂ¨red at the Theatre Royal, the predecessor of the Royal Opera House, on 2 February 1762, and remained in the Covent Garden repertory until the late 1830s - where it received a documented 111 performances before 1790. The young Mozart almost certainly attended a performance when he came to London in the mid-1760s, and Haydn was also acquainted with the work, enthusiastically exclaiming that he "had no idea we had such an opera in the English language." The Mozartists, under the dynamic leadership of conductor and artistic director Ian Page, are leading exponents of the music of Mozart and his contemporaries. Originally called Classical Opera, the company was founded in 1997, and has received widespread international acclaim for it's stylish and virtuosic period-instrument orchestra, it's imaginative and innovative programming, and it's ability to nurture and develop world-class young artists. Renowned for their fresh and insightful interpretations of well-known masterpieces as well as for their ability to bring rare and neglected works to light, they have mounted staged productions of many of Mozart's operas. In 2015 the company launched MOZART 250, a ground-breaking 27-year project exploring the chronological trajectory of Mozart's life, works and influences. Described by The Observer as "among the most audacious classical music scheduling ever", this flagship project presents 250th anniversary performances of most of Mozart's important works, placing them in context alongside other significant works by Mozart's contemporaries.