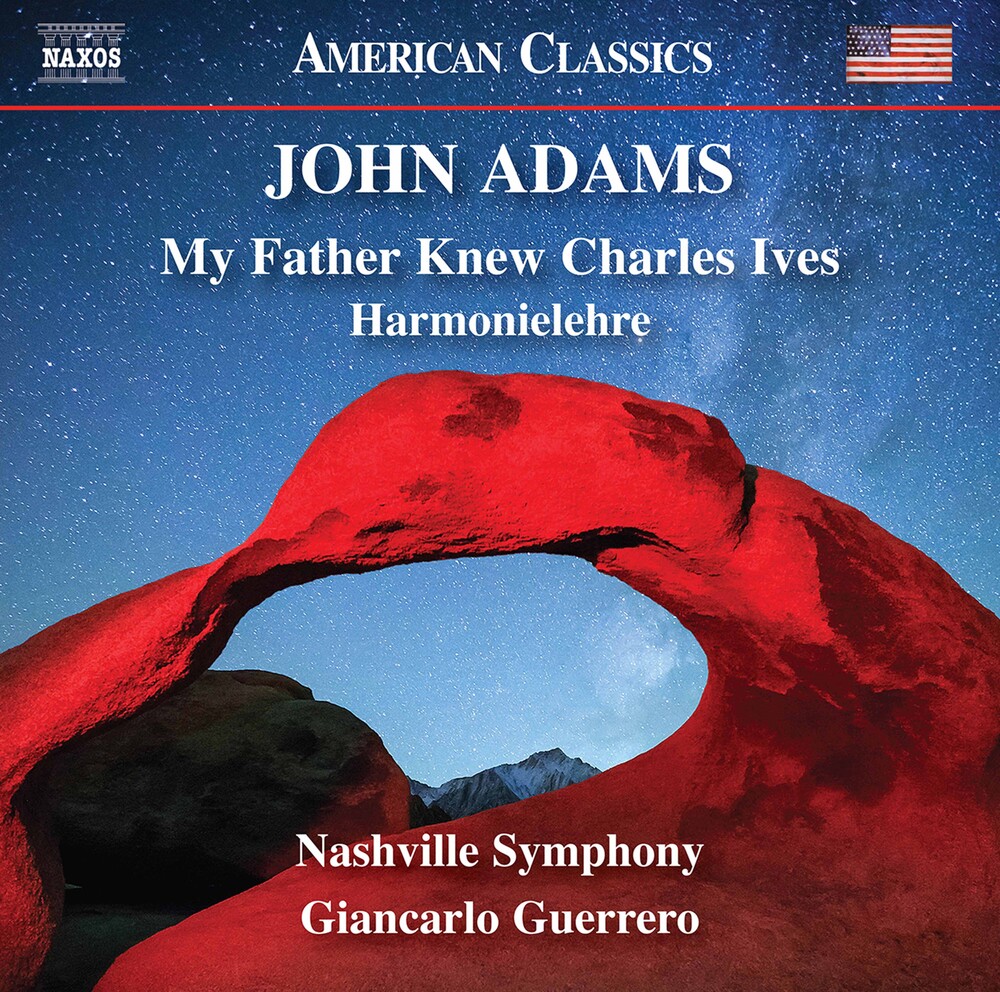 Pulitzer and Erasmus Prize-winning composer John Adams occupies a unique position in the world of American music. His works stand out among contemporary classical compositions for their depth of expression, brilliance of sound, and the profoundly humanist nature of their themes. Adams describes My Father Knew Charles Ives as "an homage and encomium to a composer whose influence on me has been huge." Harmonielehre was a deliberate move by Adams to expand his musical language beyond Minimalism, keeping it's energetic pulse but embracing the rich tonal resources of the past to create a work that has accrued an aura of timelessness. Six-time GRAMMY Award-winning conductor Giancarlo Guerrerois music director of the Nashville Symphony and the NFM Wroclaw Philharmonic in Poland, as well as principal guest conductor of the Gulbenkian Orchestra in Lisbon, Portugal. He has championed contemporary American music through numerous commissions, recordings and performances with the Nashville Symphony, presenting eleven world premieres of works by Jonathan Leshnoff, Michael Daugherty, Terry Riley, and others. As part of this commitment, he helped guide the creation of Nashville Symphony's Composer Lab & Workshop initiative.