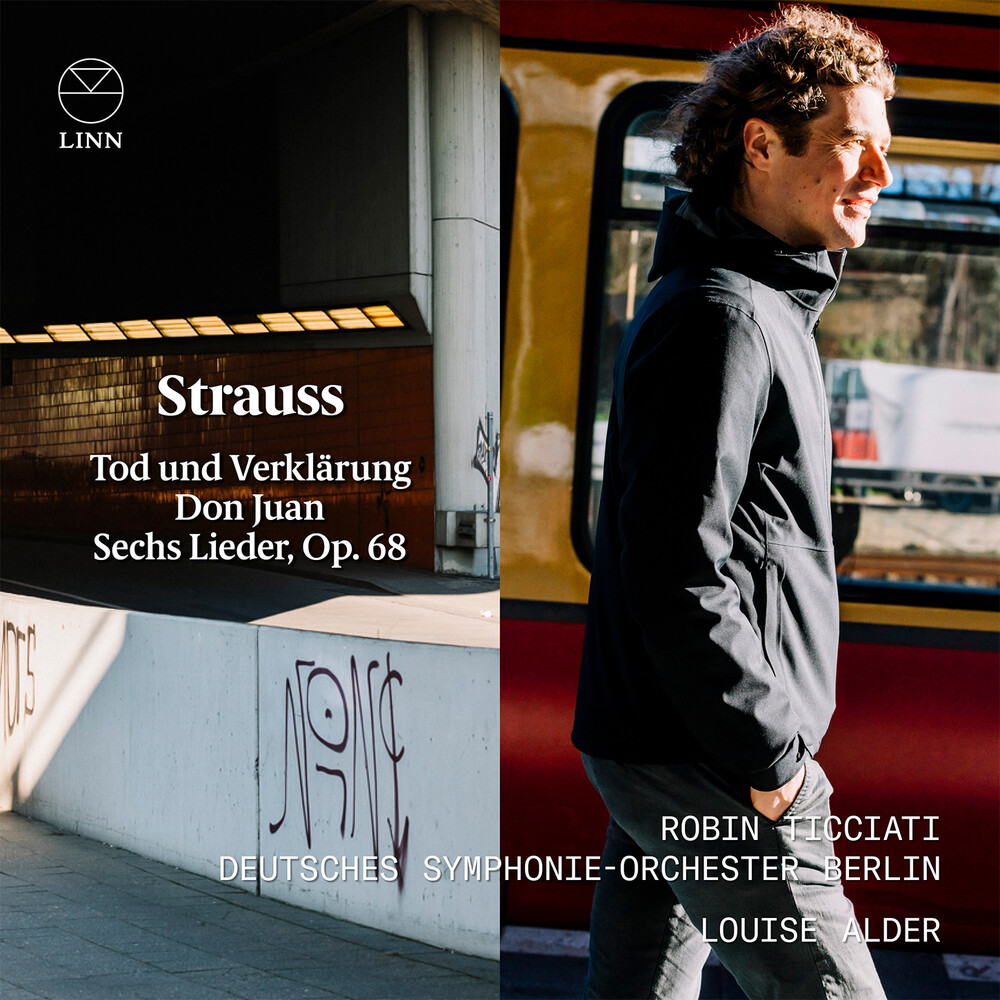 For his fifth recording with the Deutsches Symphonie-Orchester Berlin, Robin Ticciati conducts a captivating programme of Richard Strauss including Tod und VerklĂ¤rung and Don Juan. The scandalous story of the insatiable Don Juan forms the inspiration for a tone poem which is rich in imagination and dramatic flourishes. Tod und VerklĂ¤rungis further testament to Strauss's vivid imagination; his exploration of the mystery of death and what may follow was written when he was only twenty-five. Ticciati is a consummate Straussian, as his triumphant Rosenkavalier at Glyndebourne demonstrated, and his complete control of phrase shape and dynamics delivers performances of tremendous power and lucidity. Soprano Louise Alder joins Ticciati and the DSO to record what she describes as 'a fiendish but beloved cycle of Strauss songs': Sechs Lieder, Op. 68, affectionately known as the Brentano Lieder. The recording is released to coincide with Ticciati's fourth season as Music Director of the DSO.