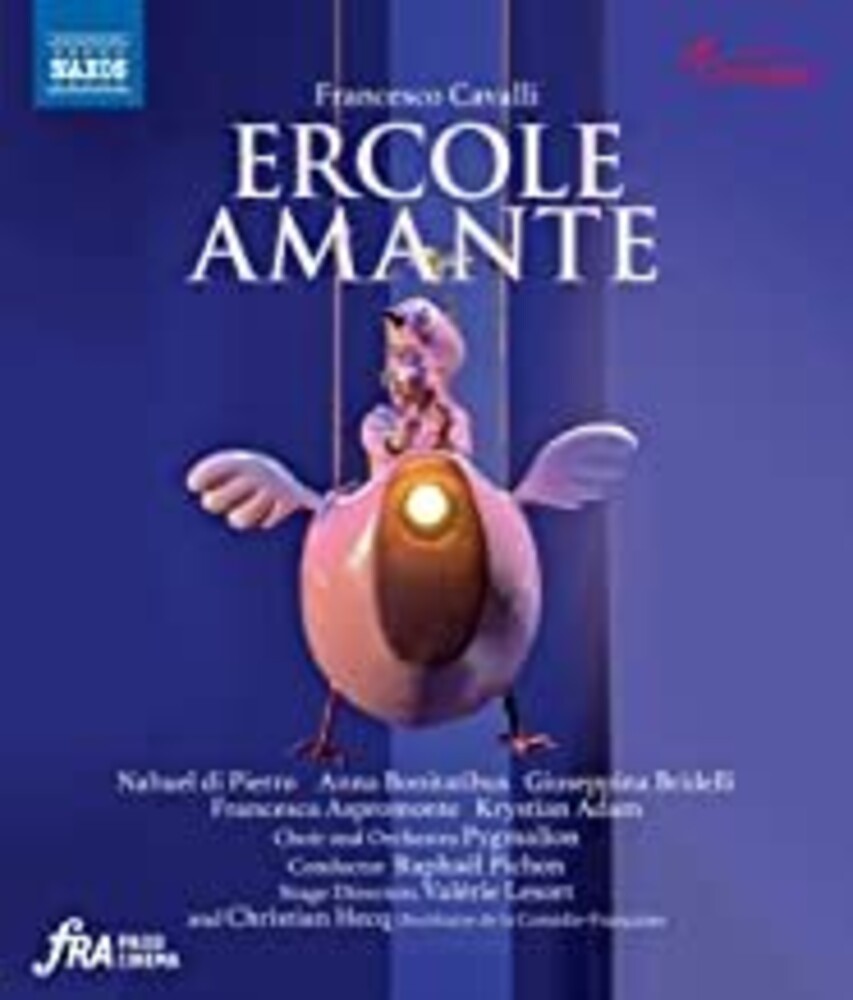 Francesco Cavalli, a natural successor to Monteverdi, was the most famous and influential Italian opera composer during the mid-17th century. Cardinal Mazarin, chief minister to the king, commissioned Cavalli to create a Parisian spectacle to celebrate the wedding of the 'Sun King' Louis XIV and the Infanta of Spain. Ercole amante ('Hercules in Love') was the flattering subject chosen for this regal extravaganza combining larger-than-life characters with mythology, and genuine human emotions with natural and cosmic phenomena. The result is a sumptuous Baroque spectacle, conceived on a vast scale in this lavish production by directors Valerie Lesort and Christian Hecq.