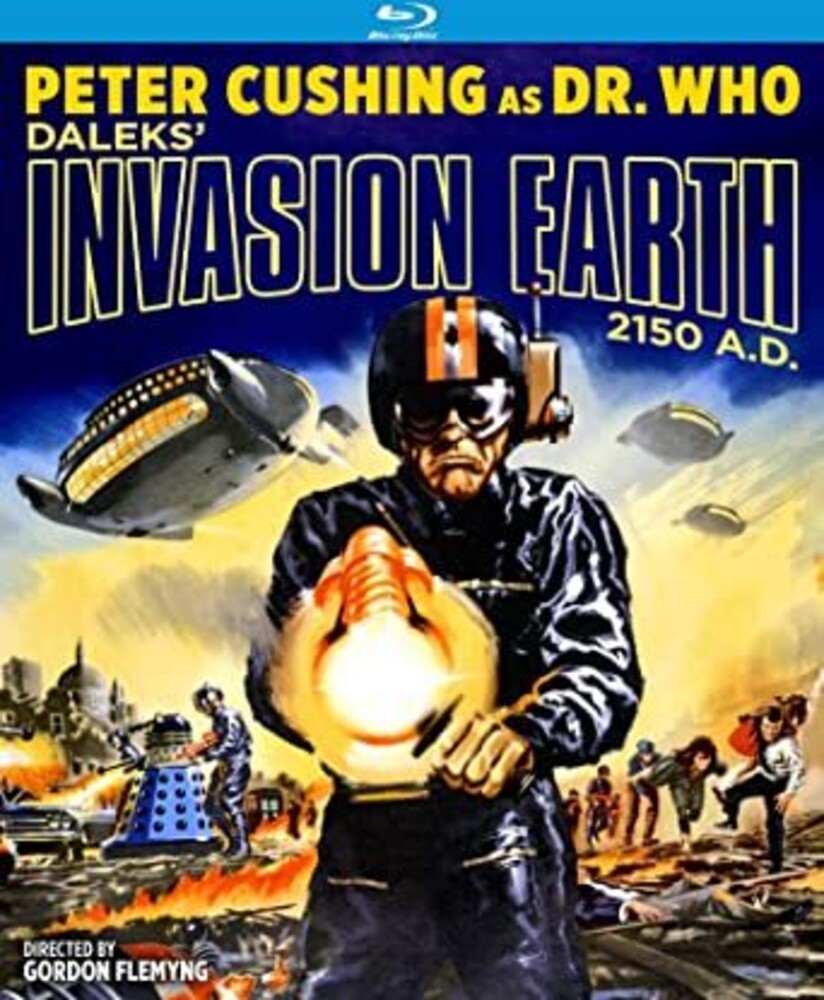 The time-travelling Dr. Who (Peter Cushing) is back in his second and final big-screen adventure. Based on the 1964 TV serial "The Dalek Invasion of Earth," the film finds Dr. Who, granddaughter Susan (Roberta Tovey), niece Louise (Jill Curzon), and police officer Tom Campbell (Bernard Cribbins) joining with a small band of human freedom fighters on a 22nd-century Earth to free the planet from the grasp of the Daleks (who, ironically, don't have any hands with which to grasp!). 84 min. Widescreen; Soundtrack: English; Subtitles: English; audio commentary; documentary; interviews; featurette; theatrical trailer.