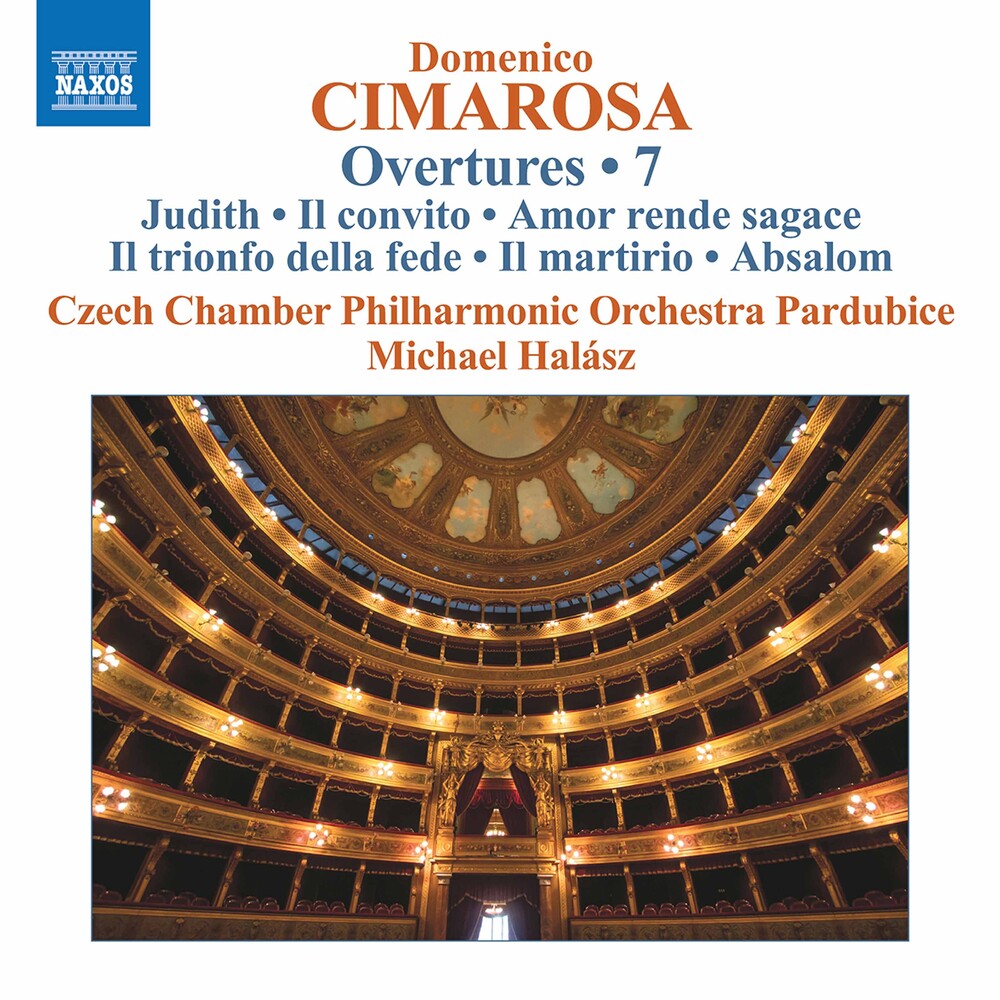 Domenico Cimarosa was a prolific composer of church and instrumental music, but his reputation rests principally on his operas. During the second half of the 18th century, and until the arrival of Rossini, he was the most successful and performed operatic composer in Europe, and one of the last exponents of the Neapolitan School. His bracing and vivacious overtures in this final volume include the hugely popular Il convito ('The Banquet'), a triumph in Venice and Florence, as well as some examples of his expressively moving overtures for oratorios. Michael Halász's first engagement as a conductor was at the Staatstheater am Gärtnerplatz, Munich, where, between 1972 and 1975, he directed all operetta productions. Many engagements as a guest conductor followed and in 1977 Dohnányi took him to the Staatsoper Hamburg as principal Kapellmeister. From 1978 to 1991 he was GMD (general music director) of the Hagen Opera House and in 1991 he took up the post of resident conductor at the Wiener Staatsoper for 20 years. Michael Halász's recordings for Naxos include ballets by Tchaikovsky, operatic excerpts of Wagner, symphonies by Beethoven, Schubert and Mahler, Rossini's overtures, three volumes of Liszt's symphonic poems, Fidelio, Don Giovanni, Le nozze di Figaro, Die Zauberflöte, and a pioneering recording of Schreker's opera Der ferne Klang.