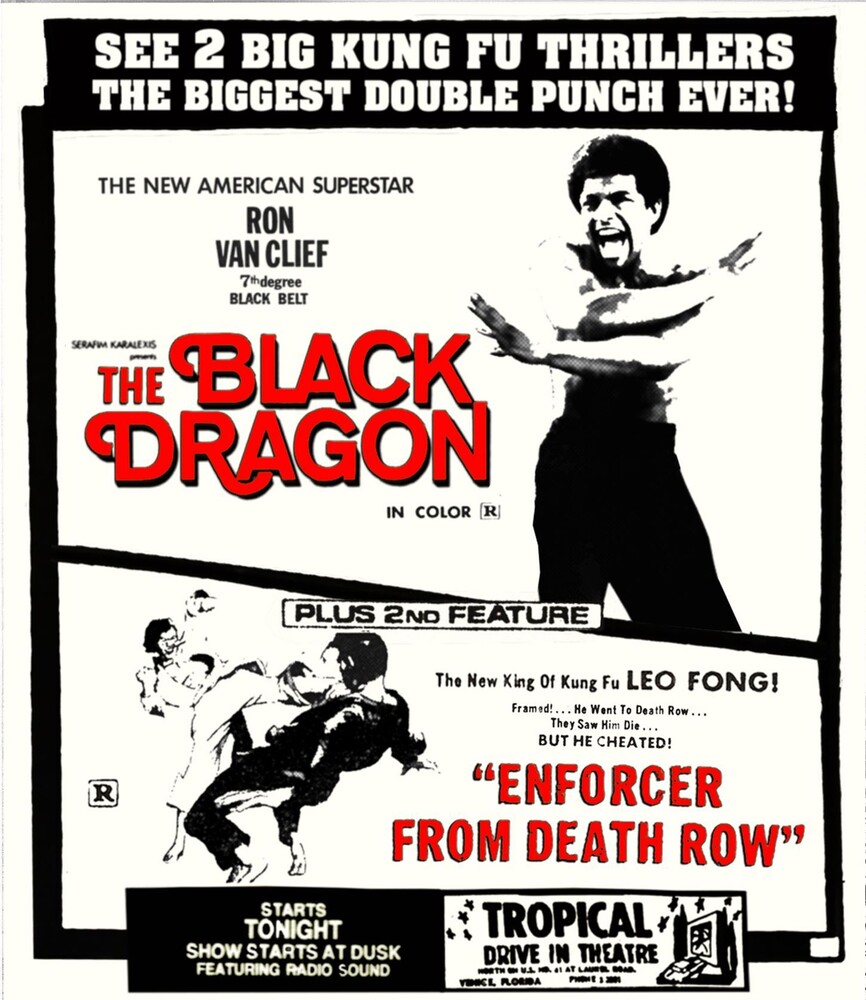 THE BLACK DRAGON - When Tai-Lin discovers that the people he works for are involved in a crime syndicate that specializes in smuggling opium, he quits his job and joins forces with two fellow martial artists against the evil organization.ENFORCER FROM DEATH ROW - A former ranger sits in prison awaiting his execution when an international organization frees him and assigns him to crush a deadly spy ring.