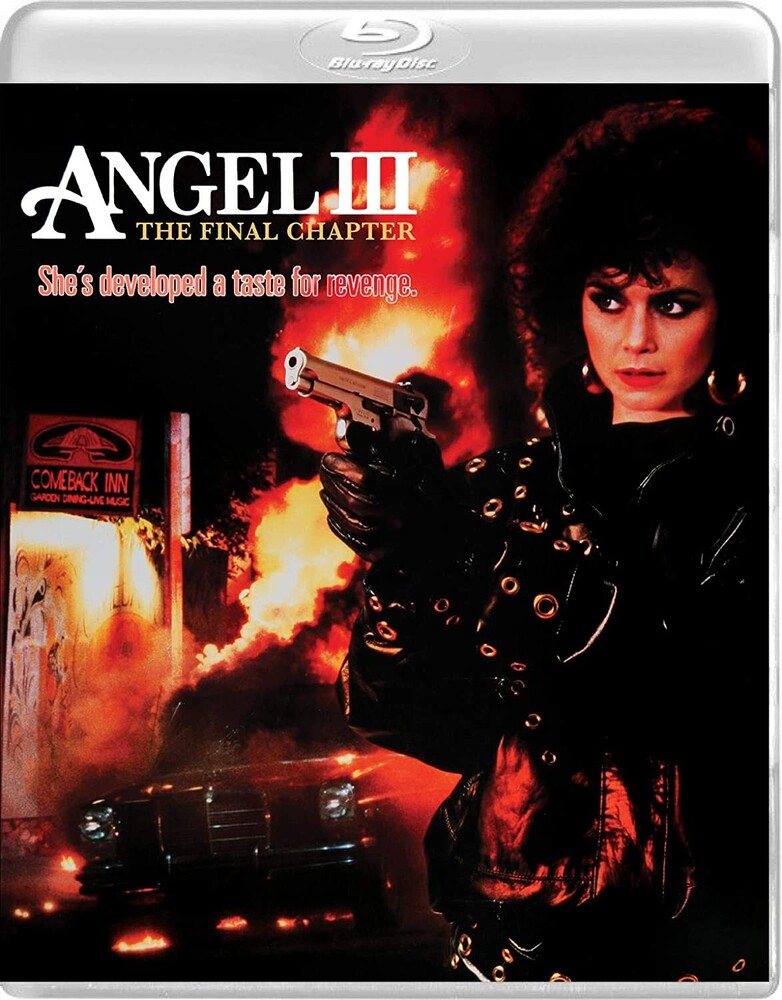 Molly Stewart (Mitzi Kapture) is now a successful freelance photographer and is living in New York. After seeing a familiar woman at an art gallery, Molly begins to suspect that she might be, in fact, her long missing mother. Following her trail to Los Angeles, Molly confronts the woman who confesses to being her mother, also telling her that she has a younger sister who's in danger of being sold into sex slavery. Despite her mother's request she go home, Molly is determined to help rescue her sister, but not long after her mother is murdered and Molly finds herself in the center of a major crime syndicate who will stop at nothing to execute their diabolical plans. Directed by notorious exploitation auteur Tom DeSimone (Hell Night, Chatterbox) ANGEL III: THE FINAL CHAPTER was the last official entry in the franchise. Sleazier and more outrageous than it's predecessors, ANGEL III co-stars Richard Roundtree and features cinematography by Andy Sedaris' regular DP, Howard Wexler. Vinegar Syndrome is proud to present the world Blu-ray debut of this 80s trash classic in a brand new restoration from it's original negative.