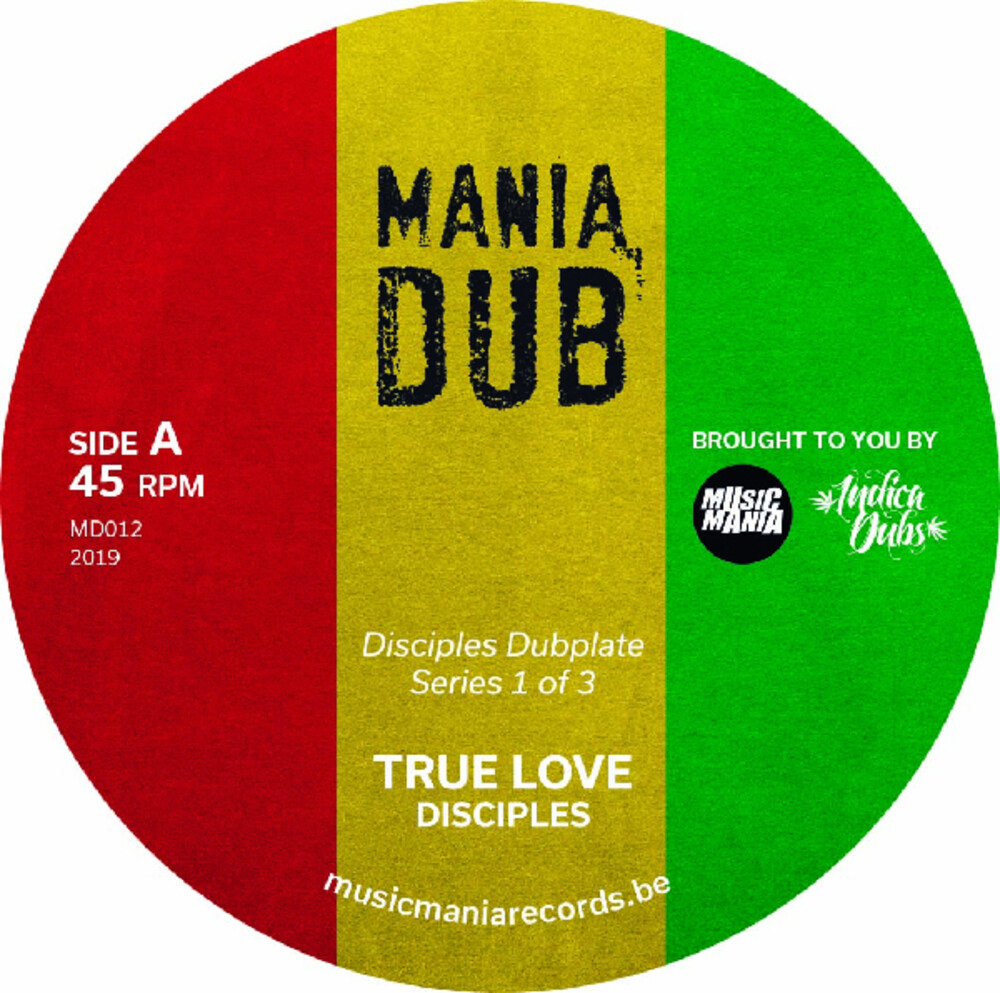 Music Mania and Indica Dubs present a triple color vinyl 7" series in their Mania Dub series. These unreleased songs have been produced by one of the biggest pioneers of UK dub: The Disciples. The Disciples were formed in 1986 by brothers Russ Bell-Brown and Lol Bell-Brown. They were given the name by Jah Shaka, after producing exclusively for Jah Shaka. "True Love": played with exclusive mixes over the decades by Aba Shanti-I! The slow but heavyweight bass line and synths are the perfect combination of a serious sound system killer tune. One of the most popular demanded dubplates for release. Color vinyl; pressed to make a red-yellow-green set with the two other 7"s in the Disciples Dubplate 7" Series.